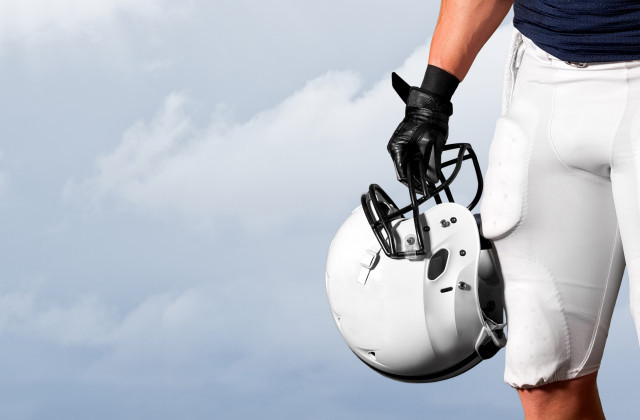 We throw around terms like “talent” or “natural ability” too often as attributes that lead to success.  We assume that ‘so-and-so’ was successful because he was born with the right stuff, or we think that we can never be as successful as someone else because we do not have the “God given ability” that they have. These thoughts are fundamentally erroneous.

Yes, we are born with certain attributes that may help us develop certain skills or abilities that can help us be successful, but there is no ‘success’ gene. We all have enormous amounts of potential. We may not be as exceptionally intelligent as others, but that intelligence can actually hold some people back in situations where you thrive. Because there is no gene for success, what is it that makes successful people so successful?

Over the years, many—and I mean a whole lot—of people have been searching for the secret possessed by high performers only to find certain small attributes that can explain part of their success, but never the whole picture. Success is elusive. It is hard to define and even harder to know if we have reached it. What we need to do is ignore the ‘hacks’ that promise success with little to no effort and start embracing success as a process. And that process starts with believing.

Why is belief the first step to success? It is because we need to first believe that we are capable of being successful. When we believe we set more challenging, yet reachable, goals. Belief strengthens our confidence, and helps us to focus. Anxiety is a state of anticipation of the future, high anxiety is a result of fear of the future—belief keeps our anxiety in check and under our control. Belief is the first step to success because it moves us forward even if we lack some skill sets.

Why do I use the word belief instead of confidence, efficacy, or a can-do mindset? The reason is that belief is the umbrella over all of these terms and many more. Belief not only influences our confidence levels, but also our motivation, anxiety, and concentration. We can have over confidence, but we can’t have over belief.

Let’s take the example of a young athlete playing football. He wants to be successful. He wants to win, but he is young and new to the sport. He has not developed many football specific skill sets. We all have been at this point in our lives, I know I have. So what does he do? He decides to believe that he can be a successful athlete. His belief begins to spark a desire to improve his technique and develop particular skills. He knows that he is not the best, but that does not matter because he knows that he can be if he practices. So he does. He is motivated and focused on the things he needs to do each day to develop. Before he knows it he is one of the most proficient players at his position on the team. He earns a starting spot on the team and is going into his first game. His anxiety increases now because the outcome of the game won’t only depend on him and his teammates, but the other team’s ability as well. However, he believes that will play well and that they can win. Instantly his anxiety becomes manageable. He plays well in the game and his team ends up winning. As the season goes on and his team wins most of their games he notices that he is able to make good decisions in the moment during the games. He has become decisive because he believes in himself and his abilities.

Would you consider that young athletes as successful? I would. He might not be Payton Manning, but at that point in his progression he is successful. I hope I’m making my point here nice and clear: we can be successful at any point of our path, and that success starts with having a deep belief in our potential, the process, and the skill sets that we need/have.

I use an athletic example because it is easiest to give in the shortest amount of time. But this principle is applicable to any area of life: our professions, hobbies, health, and personal life. To reach that point in your career you’ve alway dreamed about you need to start with the belief that it is attainable. If you want to lose 100 pounds and run an ultra-marathon (something I was actually able to do) you have to believe that you can. If you have a dream and do not believe you can reach it, you are absolutely right; you can’t reach it. But if you believe you can, who am I, or anyone else, to say what you are capable of?

In summary, belief is the first step to being successful because it will feed your motivation, increase your confidence, manage your anxiety, help you focus on the right things, make better decisions, and make up for some of the skills you may be lacking at the moment. So, start believing. It’s as simple as that.