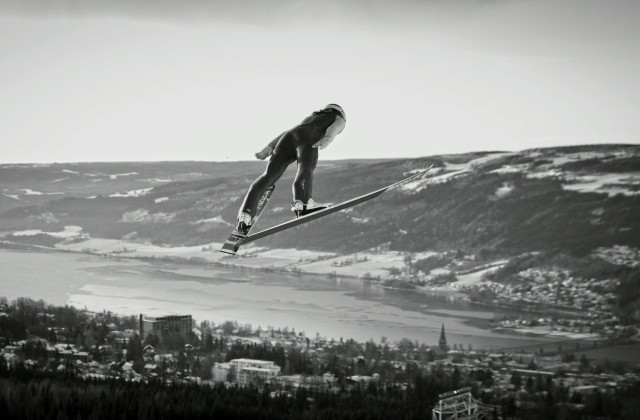 On The Fearless Mind blog we have discussed confidence before. We have gone over the importance of confidence, what true confidence is, and how we can develop more confidence. Since confidence is the most critical psychological characteristic influencing performance it is important to dive in even deeper into the ways we can strengthen our confidence—specifically though verbal persuasion.

Dr. Manning describes in his book the tool of verbal persuasion to build confidence in this way:

“The brain’s neuropathways are programed by what we communicate to ourselves most often. Repeatedly telling ourselves we can do something is another powerful tool to developing confidence.”

This may seem like trick, or a way around developing skills, and in some ways it is. How can telling ourselves that we can do something actually help us do it? There is a psychological effect called a “self-fulfilling prophecy.”

Verbal persuasion can be as simple as repeating to ourselves: “You can do it,” or “you got this.” Some individuals stand in front of their mirrors in the morning and repeat confidence-boosting self-statements. The commonality between the two is that it becomes a habit. We can verbally persuade ourselves only one time that we can do something, but the effect of that single instance will be small and short lived. The more often we practice positive self-talk the more benefits we will receive.

One of the obstacles that most people experience when starting positive self-talk regime is that at times they feel like they are lying to themselves. The harder it is to convince yourself that you can do something the more often you need to practice positive self-talk and verbal persuasion. Keep at it, and overtime the confidence and self-belief will build.

Not only does verbal persuasion applies to how we talk to ourselves, but it also applies how others talk to you. The best thing a coach or a manager can do to increase the confidence of someone on their team is to verbally persuade them that they are capable.

In the summer before my first year playing college football a trainer of mine sat me down after a workout. I was just out of high school and was about to start playing for a major university football team. Most players right out of high school normally do not play in varsity games, in fact very few can especially on the offensive line. My trainer looked me in the eye and told me that I was going to play that year, and I was not going to sit out. It was hard for me to believe him because I was younger and less experienced than the athletes I would be competing with, but he made me promise him that I would play. What ended up happening? I played that year as a true-freshman on a team that ended the year as conference champions and nationally ranked. That verbal persuasion was the confidence boost I needed to reach my potential that year.