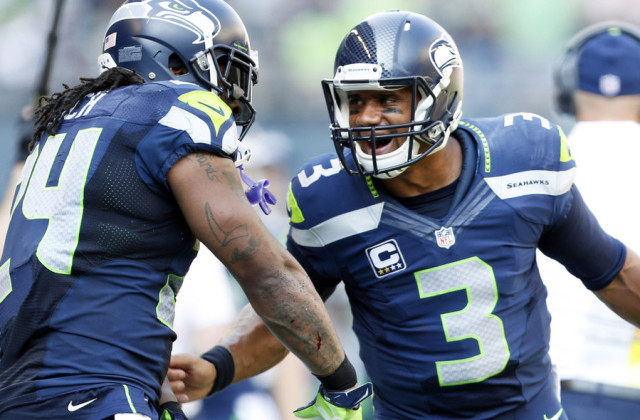 Prior to the 2013 season the Seattle Seahawks hired a performance-psychology specialist to aid the program in creating a culture capable of becoming Superbowl champions. The Seahawks season that year cumulated to a Superbowl appearance where the team handily dismantled the Denver Broncos and future hall-of-fame quarterback Payton Manning. The full integration of a sport-psychology specialist in a team as successful as the Seattle Seahawks marked a large step in the acceptance of sport-psychology as a key to performance enhancement.

Psychology as a science is a relatively new science. At its inception many individuals were very cautious to accept it as a means of treating illness and understanding the human mind. The science improved and became more accepted into what it is today. And as psychology developed applications became apparent in a variety of different fields, including sports.

At first, the application of psychology in the sport world was hit-or-miss. Because many of the principles being taught in psychology were undeveloped and the effects were relatively unknown. On top of that, there has been a long established stigma that was associated with seeking help from a psychologist. If you needed help with your mind you were considered weak and should instead just “deal with it” or “rub some dirt on it.”

In recent years sport psychology has been working its way into the minds of both athletes and coaches as something that can help performance. One of the biggest factors of this change has been because of the establishment of sport-psychology specific graduate degree programs. These programs, unlike other psychology programs, is part of most Exercise Science departments. They are purely dedicated to improving performance and not with the diagnosis or treatment of mental illness. With the focus placed on performance enhancement the science behind the mind and high-performance has exploded.

In sport, and also life, everything depends on performance—how you execute a task. Finding a way to improve performance once was thought to only include task-specific skills (learning to throw a ball). Then physical ability was seen to improve performance, starting a renaissance of physical training (strengthening the arm so the ball can be thrown farther). Today individuals are realizing more and more that the mind plays an enormous roll in performance (the mindset when throwing a ball in competition). In reality the mind was always at the center of performance influencing task-specific skills and physical ability (your mindset determines how well you will learn how to throw a ball, how hard you will work on improve arm strength, and bringing it all together when under pressure).

What the Seattle Seahawks began to realize is that it is nearly impossible to gain an advantage through pure talent or physical ability on any other NFL team. Everyone playing in the NFL can be considered high-performing. The way the Seahawks were going to get an advantage on the competition wouldn’t come from getting the best players, or having the best plays, or becoming physically superior, it was going to come through the mind. And what happened? They took a team of relatively rag-tag players, including an oversized defensive back and an undersized quarterback, and created a culture that enabled them to become Superbowl Champions.

Innovation in any field tends to come from the top and trickle down. When professional athletes start to do something that works, the amateur athletes in that field start to do it in hopes that if will improve their performance also. The college teams that build the right mental culture will start to win. The high school athletes that pick up mental skills at an early age will begin to excel at a rate never seen before. And with the skills being perfected in the athletic world they can start to be applied (with success) to the business world and life in general. The rise of performance-psychology has only started, and it is exciting to see where it will go.