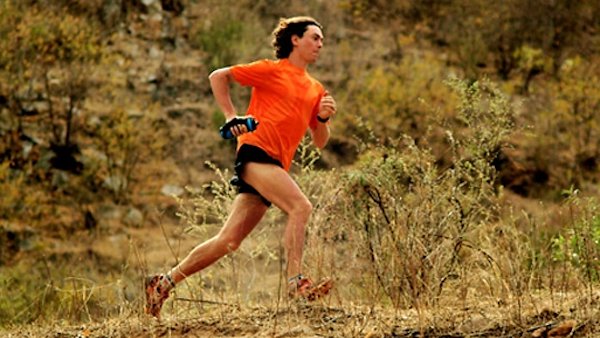 The Grecian countryside smelled of history and crushed grapes.  Scott Jurek kept running and after 120 miles took the lead on the road to Sparta traveling the same route as Pheidippides who first ran the 153 miles from Athens to Sparta during the Persian invasion of Greece.  In 2007 Jurek was on his way to win his second of three consecutive Spartathon races.

Every ultra-runner knows that you can’t make it through a 100 plus race with just your body; it is the mind that takes you past the finish line.  At the point of the race as Jurek took the lead he later said in his book Eat and Run that he had never felt better and although he ran with a broken toe for over 100 miles he did not feel it or care.  To finish the race Jurek held to his plan and later described his rule to “Separate negative thoughts from reality, (to not) dwell on feelings that aren’t going to help.”

As Jurek separated himself from fear and unproductive thoughts he continued to keep a pace most marathon runners would be proud of until he reached the finish line and the Spartathon monument.

What we can learn from Jurek is that keeping our mind focused on the important things, the present moment, we can continue on to high performance through fatigue, stress, and pain.  Keeping our mind fearless we keep our energy focus on the actions that will help us.  Any other thoughts are not necessary whether we are running an ultra-marathon, practicing for the championship competition, or on a deadline for an important work project.  Remember one thing: be fearless.

Scott Jurek is considered one of the best endurance runners ever in the USA.  He has won the Western States 100 mile race 7 times, the Bad Water 130 mile race twice, the Spartathon 3 consecutive times, and held the USA record for distance run in 24 hours at 165.7 miles.