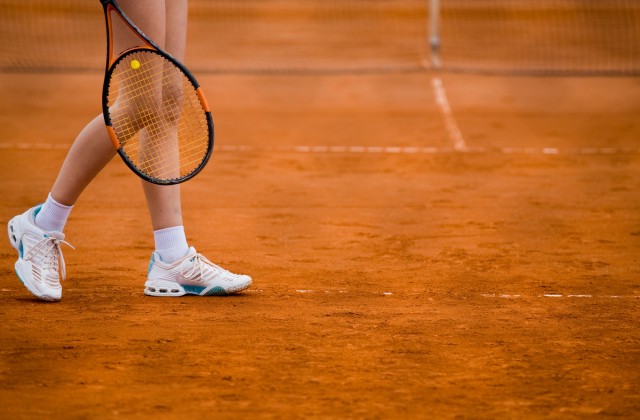 To perform at the highest level each one of us needs to learn the importance to keep 2-3 skills, mental cues, or tasks on our mind at a time when we are performing.

Mental Cue— a word or short phrase that brings your attention to a specific (and at times, complex) action.

I get the opportunity to work with professional athletes, and I even get the chance to work in my former sport with a few professional tennis players. Now, I have been getting older and I can’t keep up with these tennis players like I used to.

One time I had a male pro player come to town to work with and I when this happens I usually set up a couple of guys on the local college team to come hit with him while I watch from behind. I like to stand behind him so I can help coach him through his performance and get in his head. The first thing I do is to help him focus on what he is doing well. Then I work particularly hard to keep 2-3 aspects of his performance on his mind at a time to get to higher performance through acquiring more mental skills.

However, on this day the college kids didn’t show up so I had to step on the court with him and hit with this athlete that was considerably better than I was at that time. I’m just getting too old. As I’m hitting with him I know the fundamentals of tennis, so I keep two skills on my mind. As I’m hitting the ball I keep the skills (or cues) “move my feet,” and “big follow through” on my mind. I start to play quite well. Now, I don’t have the energy to keep up with this pro player for long so I put in all my energy just to keep up with him. I manage the two skills and I actually start to over hit the ball. And so, I needed a third skill to bring the ball down. What do I do? I begin to focus on the mental cue of “hitting good spin.” Most tennis players know that this is a cue for hitting with topspin.

As I begin to get the muscle memory back of hitting good topspin to bring the ball down, I start to play better, and start to beat the tennis pro for a while. The only problem was that at that level of tennis I have to burn a lot of energy to focus on those three skills at the same time. Once I get the muscle memory down, I move my focus back to only the two original skills. I do this because with two cues (or skills) in my mind I can still manage my energy. I still burn a good deal of energy just to keep up, but my energy is not being drained nearly as rapid as when I was focusing on all three skills at that high level of competition.

In the heat of battle the highest performing athletes are always rotating through the cues or skills that they need to perform. They never have more than three because having more than three cues in their mind at a time burns them out and spends their energy too quickly. At the same time they don’t have just one because one is boring and leaves too much space for negativity to get into their heads.